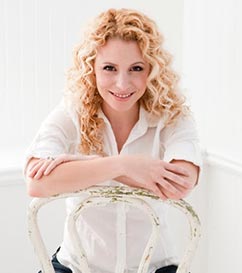 This week, the consensus was that the casting for Fifty Shades of Grey was off by about fifty miles.  So I find it appropriate to discuss the book because E.L. James’ readers might be disappointed with the film that will follow.

Almost a year ago, I listened with some reluctance to Howard Stern as my husband and I drove to the airport.

Surprisingly, Stern was not discussing his unit or Robin Quivers’ bosom. Instead, the now almost 60 year old was discussing his wife’s observations of Fifty Shades of Grey.

Beth Stern remarked that Christian Grey’s sexuality and wild proclivities were not what drove her, according to Howard, to keep reading.  Rather, it was the attention.  Howard spoke at length, and I cannot help but be in agreement, that what makes Christian Grey so attractive is the attention he lavishes upon Anastasia–the lengths he goes to please and protect his lover.

If Stern helped boys navigate adolescence, then E.L. James just made post-adolescent sexual identification for women more liberating, more free.  It is not as though all women wish (and I’m not divulging plot here unless you’ve been living on Mars) to be handcuffed, but they do desire attention and physical intimacy.

Stern has been thanked by his former adolescent fans, who have grown to become men.  Perhaps James should be thanked as well.